On the morning of December 4, 1928, “Dapper Dan” Hogan, a known mob boss during the height of St. Paul’s organized crime days, entered the garage of his home located at 1607 West 7th Street.  He opened the door of his Paige coupe and climbed behind the wheel.   When he pressed his foot to the starter of the vehicle, a bomb planted beneath the floorboards detonated nearly amputating his right leg.  Nine hours later at a St. Paul hospital, Hogan slipped into a coma died.

Known as the “Irish Godfather”, Hogan was a principal figure in the Twin Cities underworld during the 1920s. He operated the Green Lantern Saloon on Wabasha Street in downtown St. Paul.  The establishment catered to crooks, bootleggers and shady characters associated with organized crime.  The Green Lantern operated as a speakeasy and an illegal gambling casino, as well as a front for laundering stolen property and money among other things.

Under the O’Connor layover agreement, when criminals arrived in St. Paul their first stop would most often be to check in at the Green Lantern.  Hogan acted as a liaison between the St. Paul Police and the crooks, collecting bribes and delivering the money to the police.  As a result of the layover agreement, St. Paul became a haven for some of the most notorious gangsters in the first half of the twentieth century.  Known criminals such as John Dillinger, Ma Barker, Alvin “Creepy” Karpis, “Baby Face” Nelson and Al Capone spent time in St. Paul considering it a safe haven from the law.

Hogan and the police worked together to ensure that gangsters would be protected in St. Paul as long as they refrained from committing any crimes within the city limits.  While surrounding towns and cities suffered, St. Paul remained relatively free of major crimes.  At the height of his reign as St. Paul’s mob boss, the the U.S. Justice Department referred to Hogan as “one of the most resourceful and keenest criminals” in the country.

After having a late breakfast on the morning of December 4th, Hogan intended to head downtown from his home on West 7th Avenue in St. Paul.  Newspaper accounts indicate that two men had been seen near the home’s garage around 6:00 AM that morning.  Around 11:30 AM, Hogan climbed behind the wheel of his Paige coupe.  He depressed the starter of the vehicle detonating a nitroglycerin bomb planted beneath the floorboards.

Fragments of the bomb entered Hogan’s right leg near the ankle and continued up to his knee.  His right hand and arm were severely lacerated and he suffered a significant head wound as well.  The blast shattered windows in both the car and the garage.  The hood and steering wheel flew off and the force of the explosion bounced the car out of the garage and into the alley behind the home.

When neighbors and family members arrived on the scene immediately after the explosion, they found Hogan unconscious in the front seat of the car, his right leg nearly torn off and bleeding profusely.  Hogan was taken to a St. Paul Hospital where his leg was amputated.  After slipping into a coma later in the day, Hogan died at 8:55 PM that night.

Not an Enemy in the World

In a statement made to the assistant Ramsey County attorney, Edward Diehl, after the explosion, Hogan said, “I don’t know what happened or why it happened.  I touched the starter and that’s all I remember.”  He further stated, ” I don’t know who could have done it.  I didn’t know I had an enemy in the world.”

Speculation in the newspapers in the days that followed indicated that New York gangsters had likely been called in for the hit. These experts in the “newest form of bomb killing” were likely hired by a gang of Minneapolis gamblers.   Hogan’s death was especially notable as it was one of the first instances of death by a car bomb in the nation.

Although the murder is still technically considered unsolved today, declassified FBI files reveal that the most likely person responsible for the hit on Hogan was his assistant at the Green Lantern, Harry “Dutch” Sawyer.   According to the FBI files, Sawyer felt that Hogan had cheated him out of his cut from a nearby casino operation. He also allegedly resented the fact that he was never repaid $25,000 he had put up to bail Hogan out of prison a few years earlier.

Before the bombing, Hogan told his wife that he had stashed $50,000 in a safe deposit box.  He instructed her to retrieve the money in the event of his death.   When she went to get the money, she found only an empty box.  The only other person known to have had a key to the safe deposit box was Harry Sawyer.  After Hogan’s murder, Sawyer inherited the Green Lantern Saloon and took over as St Paul’s mob boss.   He served as St. Paul’s ‘fixer’ until the early 1930s but never rose to the level, nor earned the respect, that “Dapper Dan” Hogan had achieved.

The former home of “Dapper Dan” Hogan is located at 1607 West 7th Street in St. Paul 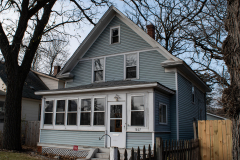 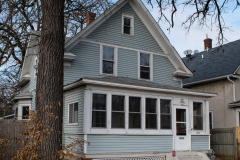 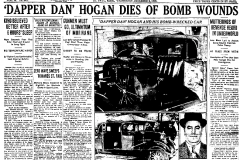 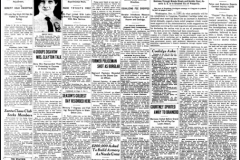 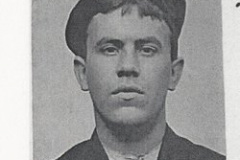 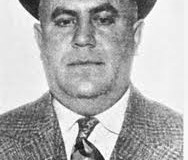 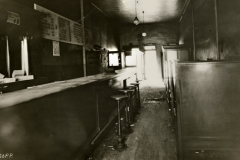 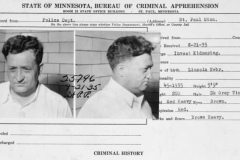 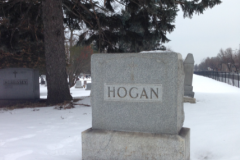