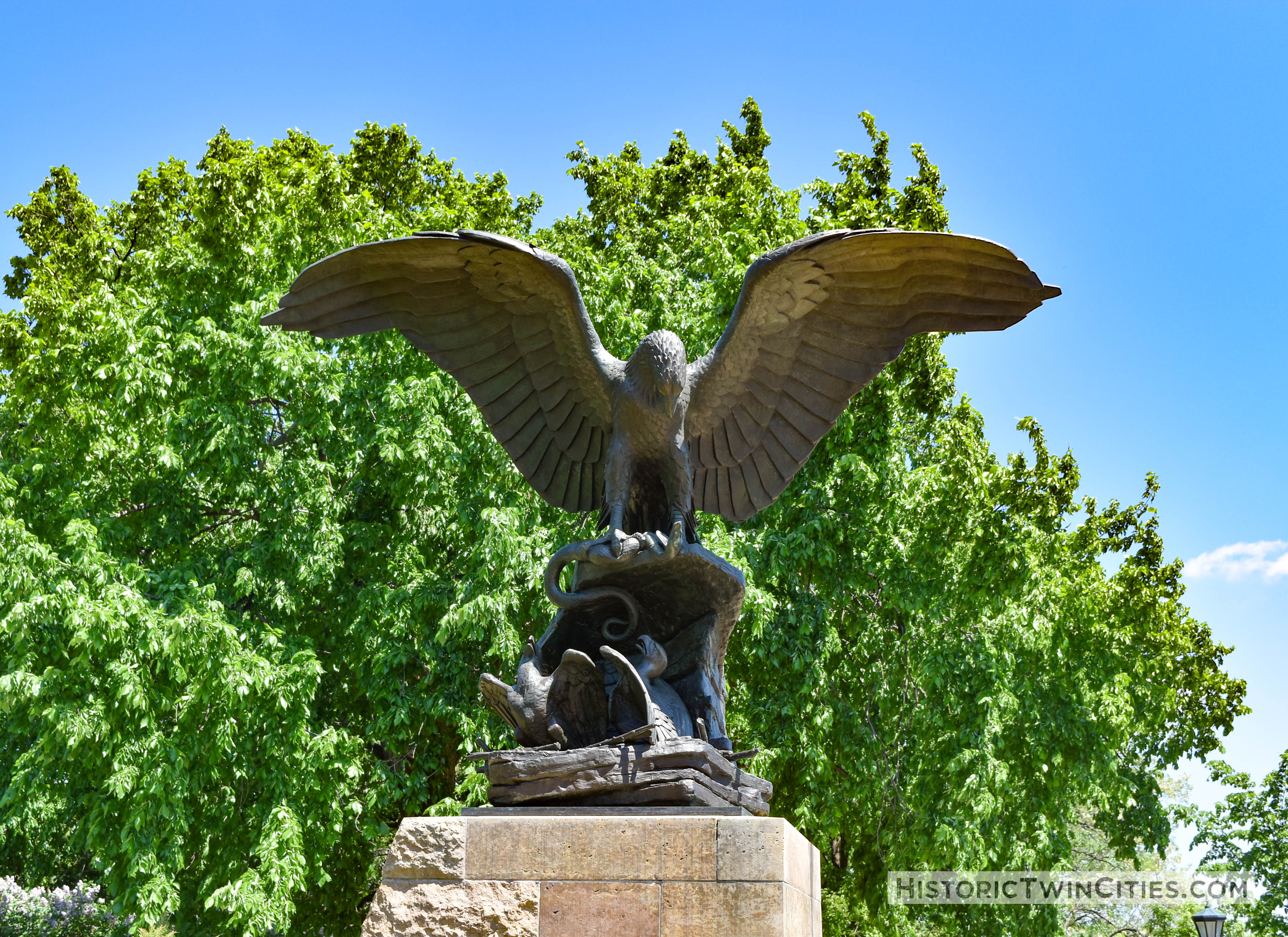 Perched atop the bluffs of the Summit Hill neighborhood overlooking the Mississippi River in St. Paul is an imposing bronze sculpture of an eagle clutching a rock with its wings spread as she watches over her young.  One might imagine the sculpture was originally created and installed in this location to symbolize a guardian keeping watch over the stately mansions of the neighborhood.  As it turns out however, Overlook Park, at the corner of Summit Avenue and Ramsey Street, is not the original home of the New York Life Eagle.  [Go to photo gallery]

The sculpture’s history dates back to 1890 when it was placed atop the newly completed New York Life Building located at the corner of Sixth and Minnesota streets in St. Paul.  At ten feet tall, with a wingspan of twelve feet and weighing one ton, the New York Life Eagle adorned the top of the three-story entrance to the building for 77 years.  The New York Life Building was one of the most impressive and costliest multi-story commercial structures built in St. Paul in the late nineteenth century.

Designed by the New York architectural firm of Babb, Cook & Willard, the New York Life Building was an eclectic blend of the Neoclassical and Flemish Renaissance Revival architectural styles.  When originally built, this beautiful 10 story, 130 foot tall, red sandstone building with stepped gables was four bays wide to the north and two bays wide to the south.  In 1931, an additional double window bay was added to the south providing the building with more balance and symmetry.

The eagle itself was created by renowned Irish-born, Beaux-Arts sculptors Louis and Augustus Saint-Gaudens.  It is generally agreed that Augustus created the design for the eagle while his brother Louis is credited with first carving it from marble and then casting it in bronze.  Three of the eagles were commissioned,

After losing its home on Sixth and Minnesota streets, the eagle found its way to the Pioneer Building when real estate executive Watson Davidson purchased the sculpture.  It was placed on a pedestal at Fourth and Jackson streets next to the building’s parking ramp.  Between 1967 and 1999, the Pioneer Building was sold twice and along with ownership of the building went the eagle.  In 1999, amid concerns that the sculpture would be forgotten or discarded, Public Art Saint Paul secured the title to the sculpture due to the generosity of the parking ramp owner Dynex Corporation.  The sculpture was then moved to a maintenance facility in Como Park while plans were developed to relocate the sculpture to Overlook Park in the Summit Hill neighborhood.

In 2002, a design concept intended to give the Overlook Park a face-lift and prominently feature the eagle sculpture was developed by a number of the city’s civic groups.  Landscape architect Regina Flanagan was hired to create a park design based on this concept.  Around the same time, conservator Kristin Cheronis, began restoring the sculpture itself. Through careful, tedious work over a summer in the Como maintenance yard, she cleaned and repaired the sculpture undoing over a century’s worth of wear and tear.

Finally, on June 29, 2004, the newly restored New York Life Eagle was dedicated during a ceremony in the redesigned Summit Overlook Park.  According to the Minnesota Historical Society, the park is one of the oldest in St. Paul, having been established sometime between 1887 and 1890. For some 30 years prior to that, the five-story Carpenter Hotel occupied this spot until it burned in the mid 1880s.  It seems only fitting that the sculpture now sits in a park established at the same time that brothers Louis and Augustus Saint-Gaudens were bringing the eagle itself to life.

The New York Life Eagle is located in the southeast corner of St. Paul’s Summit Overlook Park at the corner of Summit Avenue and Ramsey Street in the Summit Hill neighborhood. 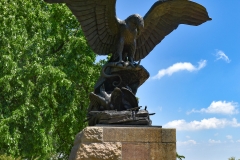 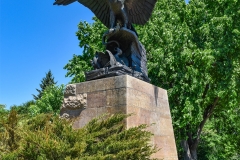 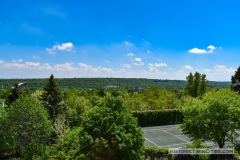 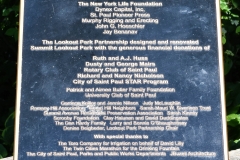 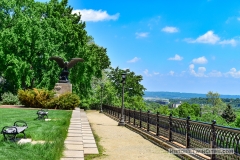 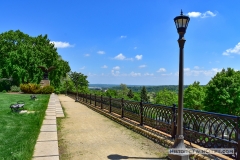 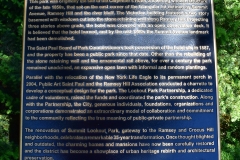 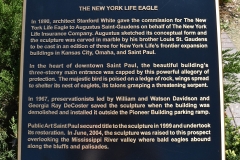 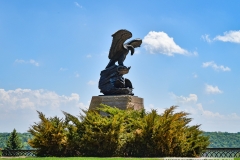 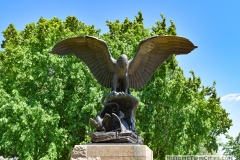 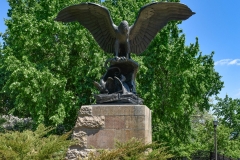 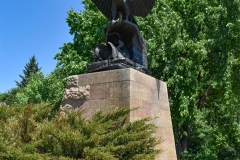 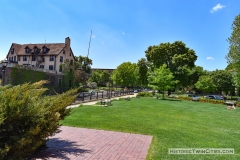 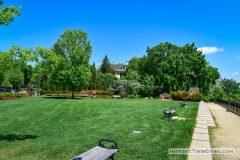